It is important to keep your puppies and kittens up to date with vaccinating, worming & flea treatments to prevent them getting sick. The following is a guideline for what is ideal; always talk to a veterinarian about any concerns you might have or if this protocol needs to be modified to suit you and your pet.

It is critical your puppy or kitten receives all 3 vaccinations within their first 4 months of life for complete protection against the diseases vaccinated against. 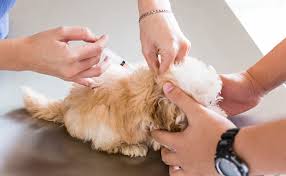 It is important to worm regularly even if you don’t see any worms in their faeces.

Heartworm prevention can be given monthly in tablet form or an injection is available that can be given yearly.

Flea prevention should ideally be applied monthly from 8 weeks of age. It comes as a tasty chew tablet, spot-on or spray. Some animals are very sensitive to fleas and one bite can cause severe allergy, so it is important to keep this up-to-date.

Desexing is a routine procedure that involves removing reproductive organs under general anaesthetic to prevent pregnancies and decrease the risk of cancers. In male cats it is also helpful to decrease urine spraying. In females the procedure is called a spay, and in males is called a castration. At our clinic we desex pets from as young as 5-6 months of age.

– Allowing a dog or cat to have their first heat or have one litter is better for them. There is no scientific evidence to support this, if your pet is desexed prior to their first season it can eliminate unwanted pregnancies, infections and some cancers.

– Desexing will make my pet fat.  Generally desexing is performed toward the end of a puppies growth phase at an age when metabolism is slowing.  Overfeeding and lack of exercise are the cause of obese pets, not desexing.

Puppies may not develop full bladder control until 20 weeks of age, thus patience is required. At 7-8 weeks of age they develop a preference for their toileting surface, therefore take them to the surface you want them to use later. Puppies are most likely to want to toilet after waking, eating and playing. It is best to take them to the same spot at these times, and praise and reward them when toileting is done correctly. Never punish them or rub their noses in it as this can create negative memories. Most puppies stop urinating/defaecating if startled; therefore if you notice them starting to toilet inside, quickly pick them up and take them outside. Don’t forget to reward them when they are finished.

Kittens usually take to litter trays easily. To reduce your chances of issues do the following: 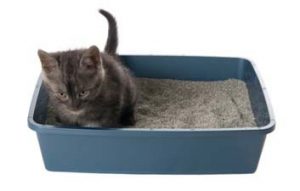 To make your trips to the vet easier, for both you and us, there are a few things you can do:

If your pet is really stressed whenever they visit the vet clinic, it would be worth making occasional trips throughout the year so they don’t associate the clinic with pain and bad memories. Once again treats are vital for positive reinforcement.